Using Smart Coupon for WooCommerce, coupons can be generated in bulk using the Bulk Generate functionality. A specified number of coupons are generated as per the matching criteria from the Coupon data section. The generated coupons can be: 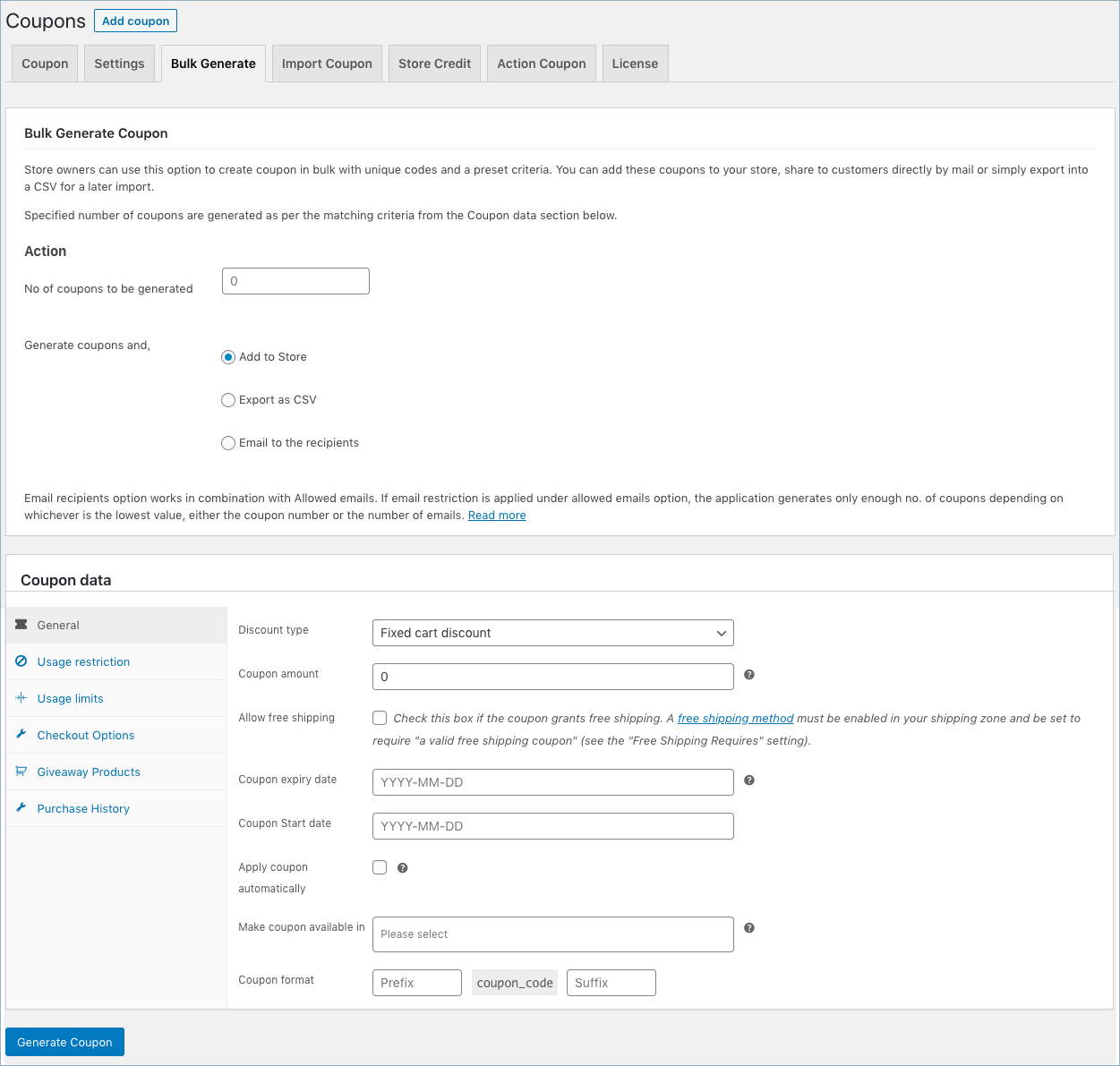 Once the settings are in place, assign a prefix and suffix for the coupon, if required. The coupon_code is a unique randomized alphanumeric character of length 12 which will be generated automatically. Click on Generate Coupon button to issue coupons as per the pre-defined configurations.

If email restriction is applied under allowed emails option, the application generates only enough number of coupons depending on whichever is the lowest value, either the coupon number or the number of emails.

For instance, consider the below scenario:

This article posted in Documentation, Knowledge Base, Smart Coupons for WooCommerce

Shesna is a technical content writer for WebToffee. She is familiar in working closely with the SMEs to break down complex technical information into a concise, easy to understand manner.