The screenshots and content you are viewing corresponds to an older version. We are in the process of updating the documentation to reflect the current version. Until then, you may refer to the latest set up guide for an insight.

One of the most vulnerable data of a user is their password. It is very important to safeguard it while migrating or importing from one store to another. We know that the WooCommerce User Import Export plugin facilitates efficient import and export of users and their relevant data.

Let us have a look into how the password of a user on import are handled in this plugin.

Once the plugin is installed and activated, navigate to WooCommerce > Customer Import Export. To import the data of users of your site, go to the Import section. The plugin imports users in CSV format from different sources ( from your computer OR from another server via FTP ). The import window is as shown below: 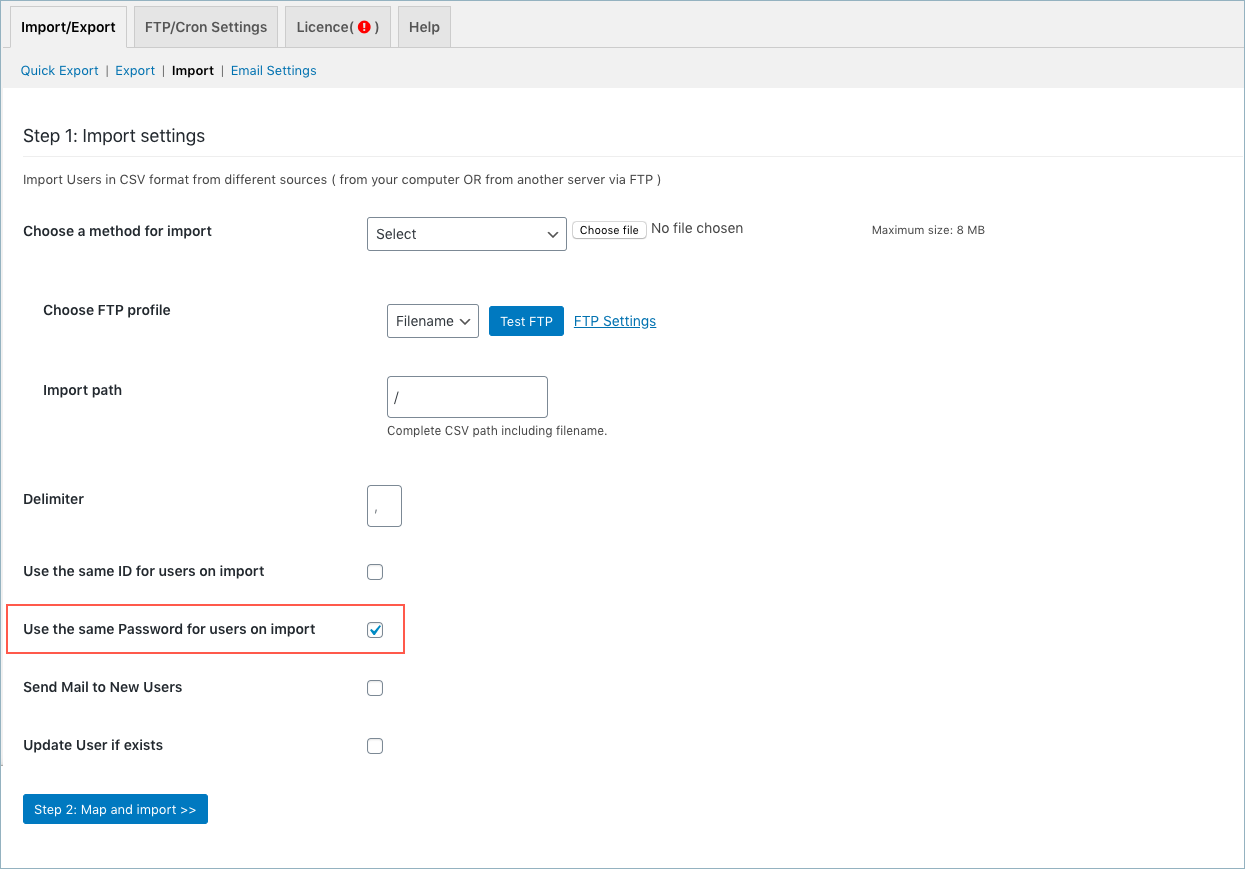 You may refer the user import export set up article to know more about the importing steps.

From the import window, you can see an option to Use the same password for users on import. This option is particularly used for users who have their passwords already encrypted in their CSV. In most of the cases, the passwords of users are encrypted on export from any site. Usually, the same exported file is used for importing users into another site. In those cases, the passwords will be in encrypted form in the CSV and so the users can check this option to import the password of users as it is to avoid duplicate encryption. However, there may be cases where a user is manually created in the CSV and the same is used for the import. In those situations, the passwords can be imported in encrypted form by disabling this option for additional security.

The plugin efficiently handles the user passwords in utmost care in both the cases where an automated exported CSV or manually created CSV is used for import.

Please refer here to know more about the plugin.

Shesna is a technical content writer for WebToffee. She is familiar in working closely with the SMEs to break down complex technical information into a concise, easy to understand manner.