WooCommerce Product Import Export Plugin helps you to easily export and import products in your store. This plugin lets you import/export all types of products including product variations. It is super simple! 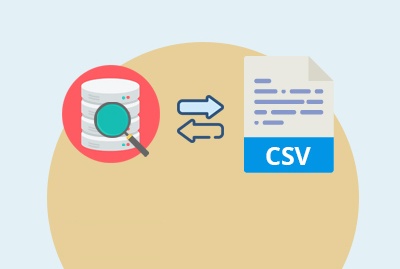 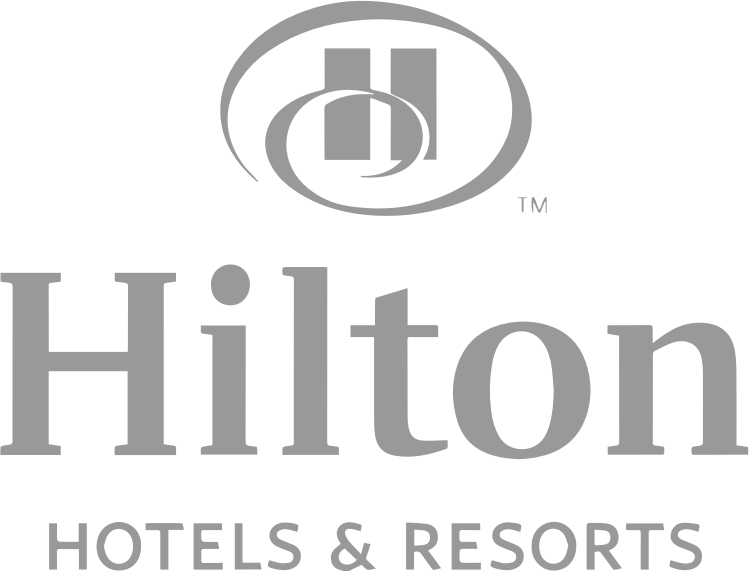 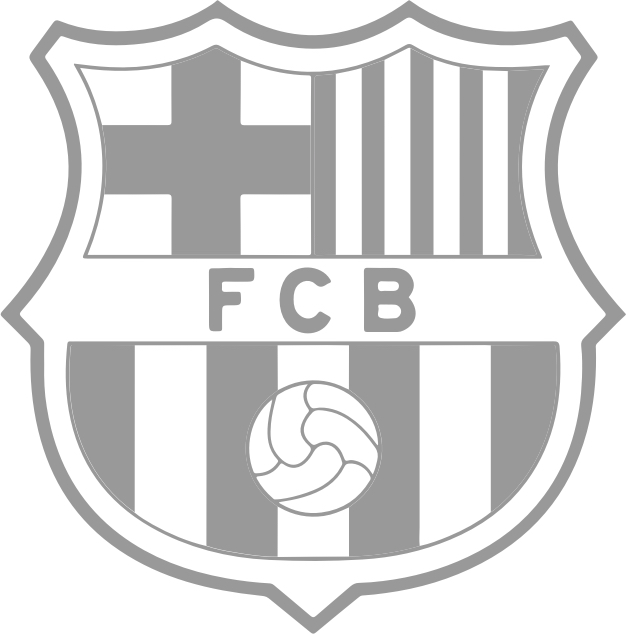 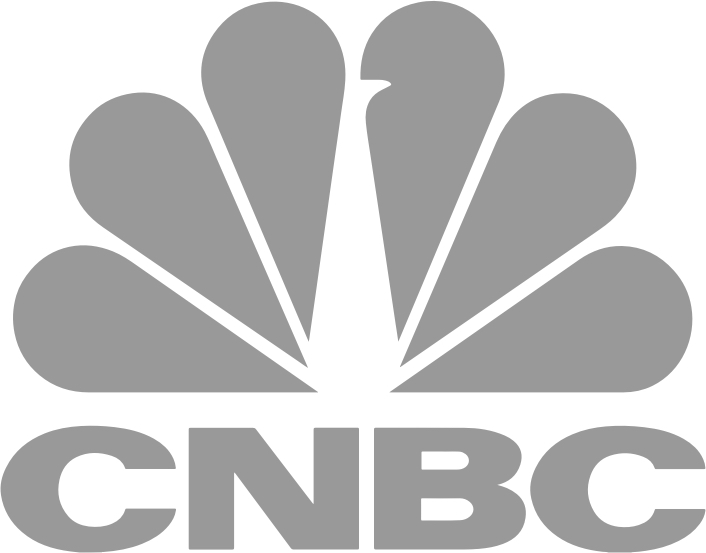 “I feel like the support is awesome on this plugin. They are patient and respond in a matter of minutes most of the time. As for the plugin, it’s the first one I tried so I don’t have terms of comparison, but I think it’s great because it does what needs to be done. Thanks!” – Damian Gicoveanu, GAD Marketing, Romania

“My company has thousands of SKUs on our website with multiple variations of size for every product on both our wholesale and retail websites. We used to spend countless hours a month adding new products manually. The Product Import allows us to add them in a fraction of the time. Even better, I can now update hundreds of product prices or other data in just a few minutes. The Product Import was a game changer for us.” – Joe Duffey, Mayarts.com, United States

“We had been using another paid WooCommerce csv import suite extension for 4 years, but were very unsatisfied with the customer service and constant issues each time Woocommerce did a major update. So we went hunting and found the XAdapter plugin. We primarily use csv imports to merge changes from our warehouse inventory management system into WooCommerce – to update stock levels, add new tags, attributes, change prices or unpublish dead stock – as well as to import new stock every month.

We ran a few tests and with XAdapter before deploying and any issues we had with the plugin or our data were quickly ironed out by their super responsive support team. If you are weighing up this plugin vs other paid plugins, this one is worth it for the customer service alone, but it’s also a great plugin that works.” – Jen Hanrahan, Director, Blazedigital.com.au

Plugin supports custom product types other than the WooCommerce standard ones by making use of a hook.

Export Complete Product Details Including Images: In addition, the plugin helps you export Categories, Tags, Products and other Product details from WooCommerce. You can export prices, descriptions, images etc in addition to the custom fields (meta), taxonomies and attributes.

Export Product Variations: Once you export variable products, you will have a simple single CSV/XML which will have both variable and it’s parent details. It will help you to do any changes easily and enables faster import to any WooCommerce site.

Filter Products Before Exporting: You can selectively export products based on different criteria

Scheduled Export using Cron Job: Schedule the export of products to an FTP location at regular intervals. You can use saved mapping files during auto export. 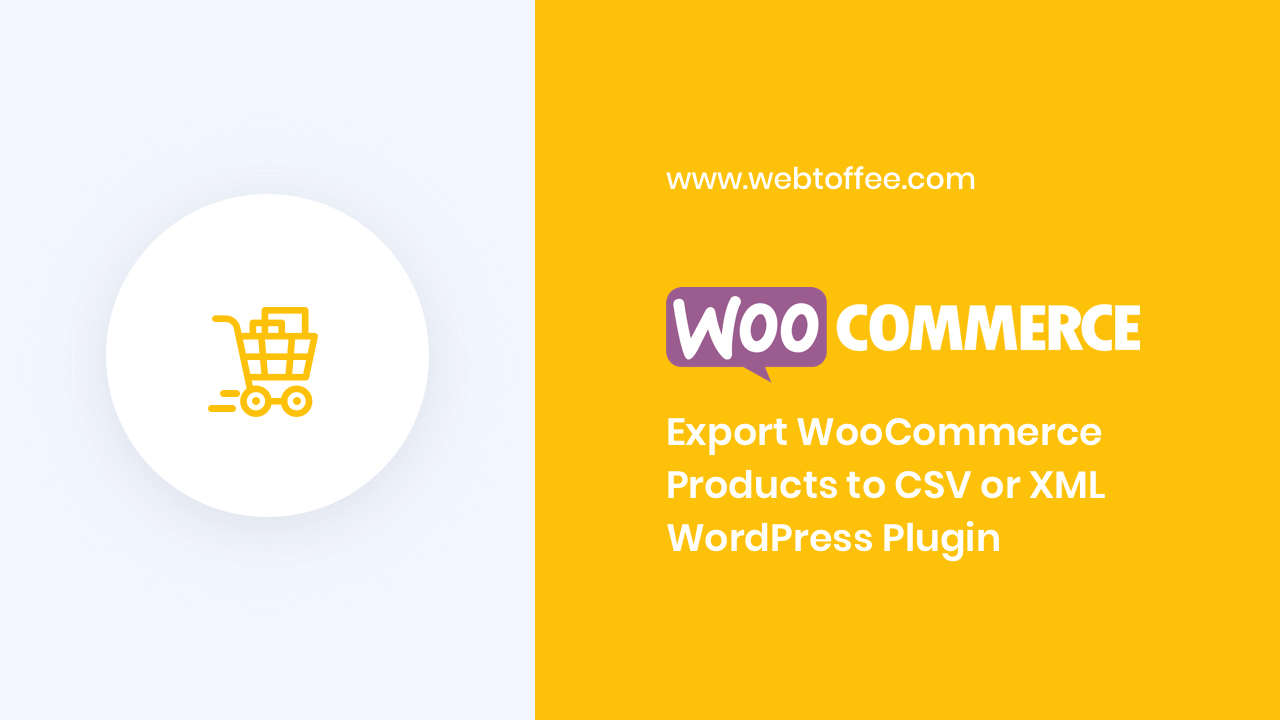 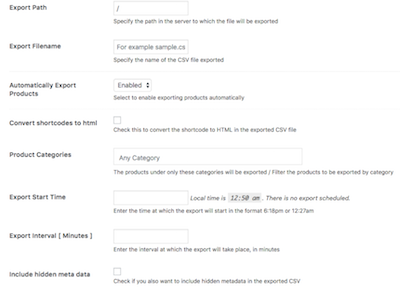 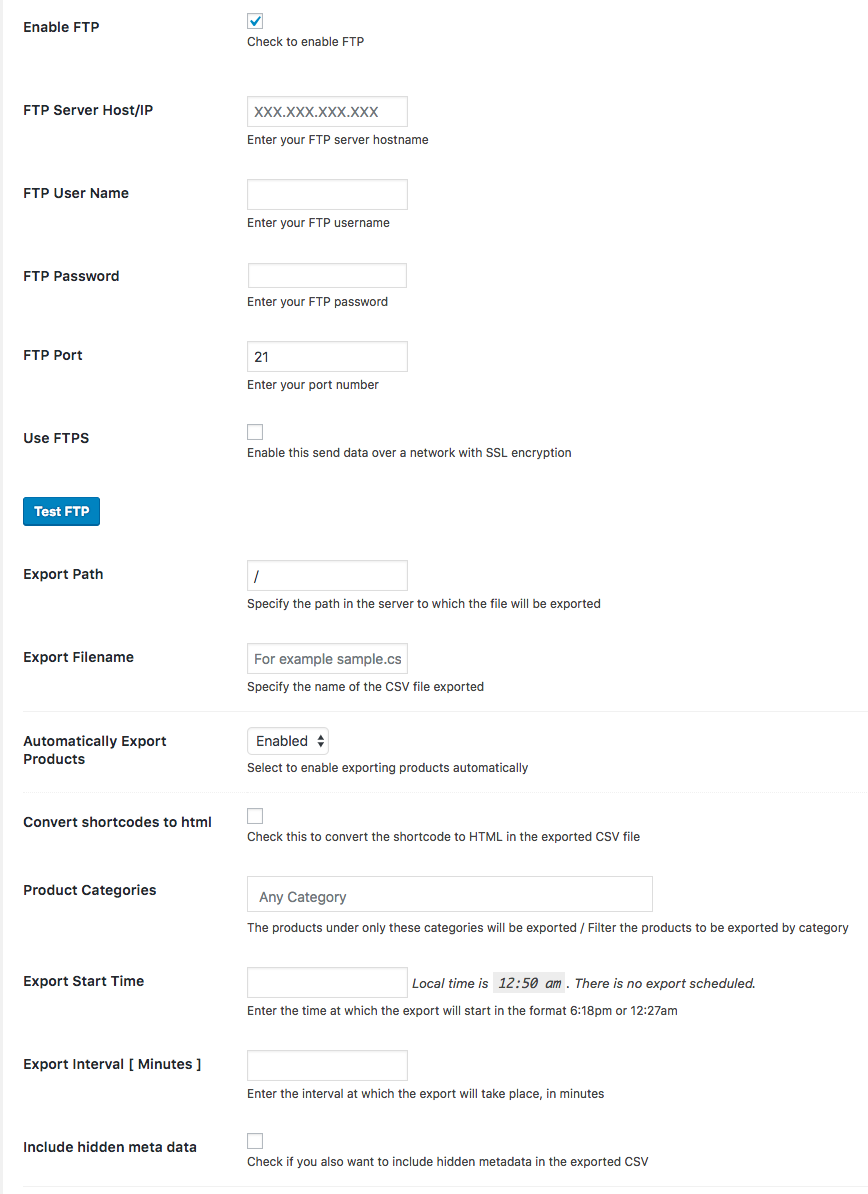 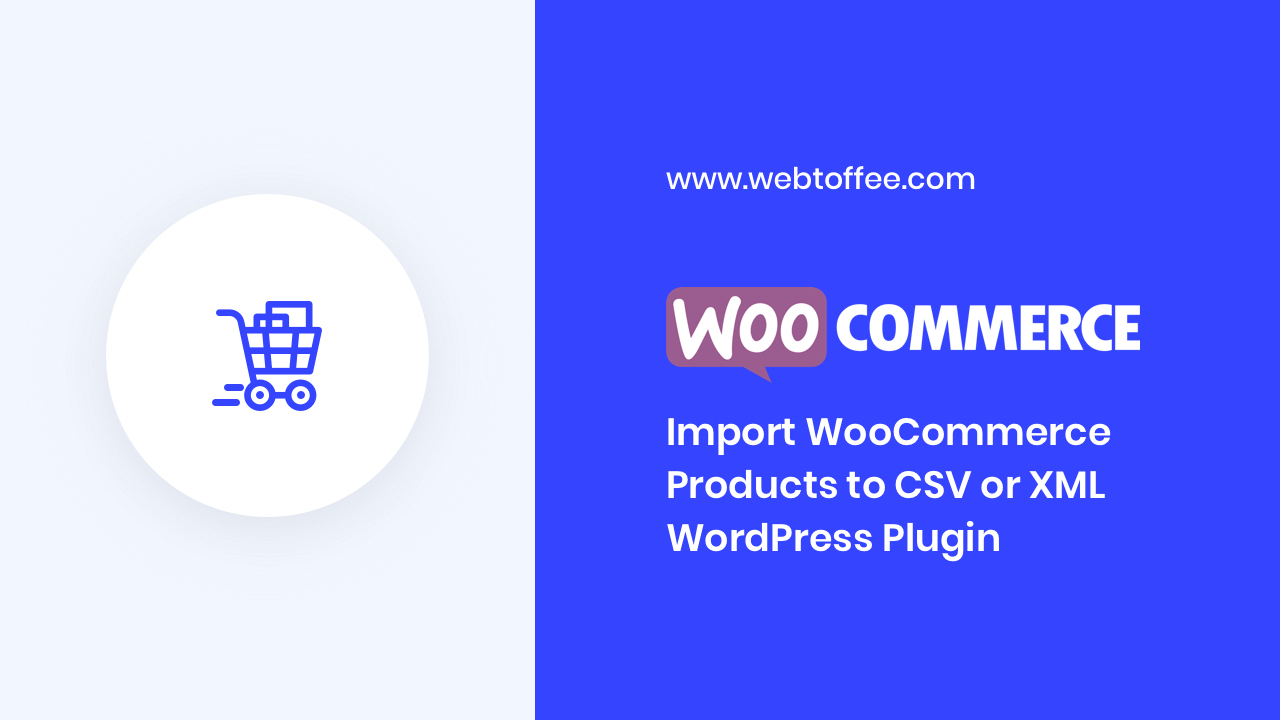 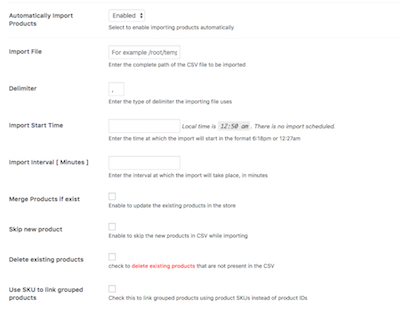 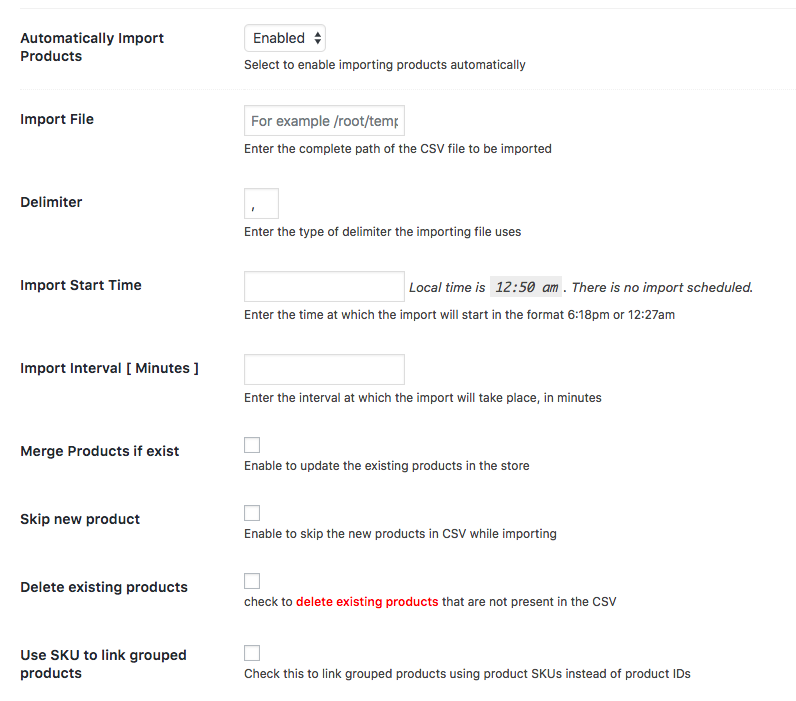 Plugins supports import of all types of products including,

Map Product Columns Easily: The columns of your file may not correspond with the WooCommerce products data fields always. You can map fields using the simple interface and then save the mapping settings for later imports.

Scheduled Import using Cron Job: Schedule to imports products at regular intervals from a remote server. You can set rules to skip certain products from updating.

Export Product Reviews: You can export product reviews based on a variety of criteria.

Import Product Reviews: Easily import Product ratings from another store via a file. During import, you can edit the ratings, author name, date, verified tag and content of the reviews. 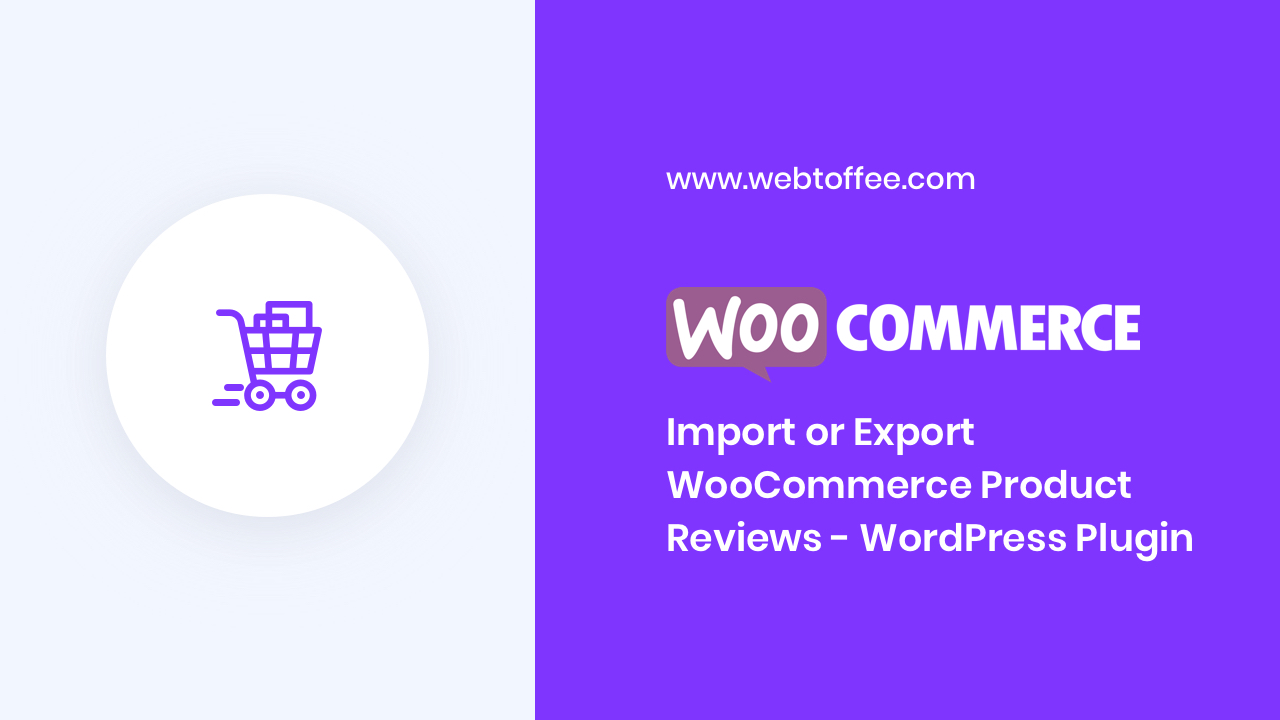 Update Existing Products: You can use the ‘merge products’ feature for adding more information to existing products or updating the existing product details. This helps the store owner to update hundreds or thousands of products with new info such as price or sale status.

Apply Rules to Modify Fields in Bulk: Modify hundreds or thousands of products by applying custom rules during import ( e.g: increase price by 10%). An Evaluation field is used to modify/update the value of product fields mapped during the import process.

This plugin is tested for compatibility with many plugins including

We are WPML compatible(simple products)!

With our 30 day money back guarantee complemented by awesome support you will never regret the decision.

Check out our documentation on Setting Up, Trouble-shooting, FAQs & Code Snippets.

Want to Consult Us on a Unique Case or Got a Question? Contact us. We will be Quick!

How does the plugin work?

The WooCommerce Product Import Export Plugin takes a CSV ( Comma-Separated Values ) or XML ( Extensible Markup Language ) file as input. You must create a file(CSV/XML) and enter the product details in a structured format as explained in the product documentation ( sample CSV and XML files for different product types are available as part of the documentation). This is to match each field of provided file to the field of a particular product that otherwise Admin need to input manually. For example, the post_title field gets mapped to the product name and the regular_price field gets mapped to the regular price of your product.

You can create the CSV/XML from scratch or you can export the product to get the format of respective file format. You can use a spreadsheet program, such as Excel, or Google Spreadsheets for creating and modifying the CSV file. Save this file with the extension CSV. After entering all details about products in a spreadsheet, you can import product to your online store. With this plugin, you can also export and download product details as a CSV or XML file.

Only logged in customers who have purchased this product may leave a review.

Can I import multiple images and category to the products?
Yes. You can import multiple images and categories data per products using the plugin.
How to import multiple categories and subcategory?
You can import multiple categories and category hierarchy by below format. Main1>Sub1>Sub2|Main2>Sub3|
How to export custom fields?
You can export them by enabling the Include hidden metadata checkbox under export options.
Can the plugin be used to update the product details auotmtaically?
Yes. You can set up cron job to import from a CSV file to update price, stock and similar details regularly at scheduled time and interval.
Can i import custom fields to the products?
Yes. You can import custom fields to product using this plugin.
Will the plugin support SFTP connection?
Yes. Refer the article and follow the instructions to config.
Can I use single site license plugin to migrate data from one site to another?
You can install the plugin on both sites and activate the license on either one to recieve updates, preferebly in your new site.
Is the plugin compatible with multi site setup?
Yes.
Is buying a plugin a one-time charge?
You can use the purchased plugin as long as you want. While purchasing a plugin license, you become eligible to receive updates and support for a period of one year. To get support and updates after one year, you need to renew the License.
What happens if the License expires or is deactivated?
If your License expires you can still use the plugin on your site for as long as you like but you can no longer access the file for download or receive support or updates for the plugin.
How much does it cost to renew the license?
Your License need to be renewed annually. We usually provide a 50% discount if you renew the License before the expiry date.
How do you provide support?
We have extensive documentation on our website (tutorials, knowledge base, FAQs and sample code snippets). If you need any assistance you can create a new support ticket and our team will respond as quickly as possible. We usually respond with in 1-2 business days. Product support via phone, Facebook or Twitter is unavailable at this time.
How often are the plugins updated?
We update our plugins frequently. This could be when we introduce a feature or fix a bug. View the changelog on the product page to check the latest version.
Do you offer refunds?
We offer a 30-day money back guarantee whatever is the reason. If you find the product does not work the way you need, we can issue a refund.
How do I download the plugin files after the purchase?
Once your order is complete, you should receive an email notification with a download link. You may also go to your account page and click the Downloads tab to find all available products.

You are protected by our 30 Day Money Back Guarantee.